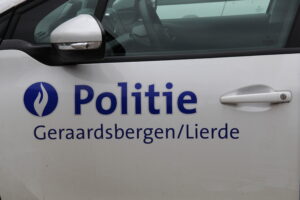 Geraardsbergen/Lierde. During its weekend action on Saturday 19 and Sunday 20 November, the local Geraardsbergen/Lierde Police paid special attention to the use of mobile phones behind the wheel. A total of 26 driving licenses were revoked. A driver saw his car impounded because he tested positive for drugs.

26 driver’s licenses revoked
Research shows that eight percent of fatal accidents are related to the use of a mobile phone behind the wheel. ‘That corresponds approximately to fifty deaths and 4500 injuries per year.’ The legislation leaves nothing to be desired in terms of clarity: Article 8.4. of the Highway Code prohibits drivers from manipulating electronic devices with screens as long as the vehicle is not stationary on the side or parked.

“Despite the action being announced, the results were downright sad,” the local police said. During the weekend of Saturday 19 and Sunday 20 November, no fewer than 19 drivers were caught using their mobile phones while driving. “They got a report for this. One of them also drove around without a valid inspection certificate. He also received a warning notice. The driving license of 18 drivers was withdrawn for 8 days. 1 driver was also under the influence of narcotics. His driver’s license was revoked for 15 days,” the police said.

“On Sunday, 7 drivers received a report for distraction behind the wheel, 6 of them had their driving license revoked for 8 days,” the police added. One of them also tested positive for drugs in traffic. Not only was his driver’s license revoked for 15 days, but his vehicle was also confiscated.

Day of the Entrepreneur was a great success